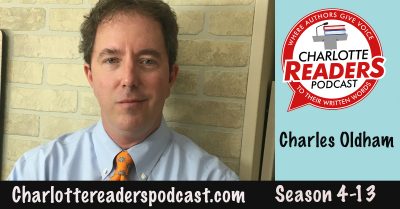 “The Senator’s Son” – True Crime at the Outer Banks

In today’s episode, we meet Charles Oldham, author of “The Senator’s Son,” a turn-of-the-century true crime mystery set on the Outer Banks of North Carolina.

In today’s episode, we meet Charles Oldham, author of “The Senator’s Son,” a turn-of-the-century true crime mystery set on the Outer Banks of North Carolina.

On Monday, February 13, 1905, eight-year-old Kenneth Beasley, son of a state senator, walked to the back of his school playground near the cold woods and swamplands of Currituck County and never returned. A year later, a political rival of Kenneth’s father was arrested, and forced to endure a show trial of star lawyers, spectators and newspaper reporters.

After the verdict and surprising aftermath, author Kenneth Oldham reopened the case, using modern research methods and his legal training to offer his own theory about what really and truly happened in this tragedy that ripped families apart and shocked the state.

We start in a good place, with Charles reading from the beginning of the book.