They were evicted and had to take their homes with them. But they also won something in return. 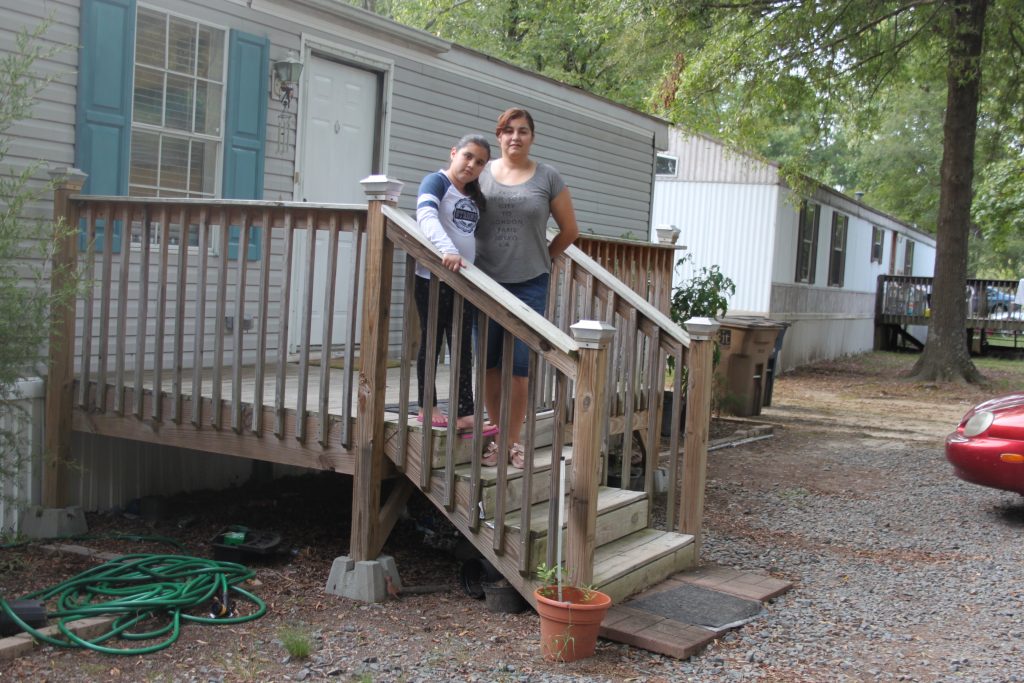 The three-bedroom home in the Oakhaven mobile home park in Matthews was exactly what Rosa Sanchez needed in the summer of 2017: a safe, affordable community with nice neighbors and good schools.

Here, she and her three daughters could rebuild a life after Sanchez separated from her husband.

The $14,000 Sanchez paid for the mobile home exhausted nearly every penny she’d saved up in her job as a cook at Chick-Fil-A, but she figured it was worth it.

Her tranquilidad, or peace, lasted exactly one week.

Eight days after moving in, she learned that the mobile home park off Independence Boulevard was about to be for sale to a developer who would build luxury apartments on the property.

“I sank into a depression,” Sanchez says. “I had just separated from my husband and made the move out there. I thought, ‘What am I going to do?’”

The next year was a blur for Sanchez and her neighbors at Oakhaven. But they ultimately walked away with more than most people who find themselves in their situation, housing experts say.

The community’s 24 families, most of whom were also Latino and many of whom had lived in the community for years, joined forces with Hector Vaca from the community organizing group, Action NC, and leaders of a local church.

They took to the streets with a ‘honk-a-thon,’ to make the public aware of their plight. They pleaded with Matthews town commissioners not to rezone the property. They begged the sellers and the builder not to go through with the sale that would force them out.

In the end, they could not stop the sale. The property had been owned for decades by a woman named Jane Biggers Overcash, who had died in 2016. Her heirs now lived outside of the region and no longer wanted to own a mobile home park.

And even if the property had not been sold, there was another wrinkle: The N.C. Department of Transportation planned to widen Independence Boulevard. Circular on-ramps were slated to cut through a portion of the Oakhaven property.

Town commissioners, who heard Oakhaven residents’ pleas for help at their town meetings in the fall of 2017, said they wanted to see residents get relocation packages before approving a rezoning. The owners of the land, the Overcash family, made an offer: $500 for each family.

Negotiations ping-ponged back and forth until an agreement was reached: the apartment developer — a Florida-based company called Bainbridge Corp. — and the Overcash family would together offer $8,000 per family, with Bainbridge providing residents with a list of possible places to relocate.

There were conditions: Families had to stay until within three months of the park closing to get half of the money, or $4,000. Anyone who moved out more than three months before Oak Haven closed would receive nothing. And the remaining $4,000 would be given when they moved out, which had to be before December 25, 2018.

The Town of Matthews didn’t participate in the negotiations. Matthews commissioner Jeff Miller said in an email he didn’t know if commissioners would have — or, legally, could have — held up rezoning to get residents a payout. “Bainbridge negotiated in good faith,” he wrote, asking that all correspondence be through email.

“I did not want to see the residents taken advantage of,” Miller wrote. “We wanted to create a win-win.”

Executives from the Bainbridge Corp. refused to talk to a reporter for this story, and multiple attempts to reach the Overcash family were unsuccessful.

A number of families who got payouts still found themselves priced out of Mecklenburg. Bainbridge gave residents a “resource packet” with a list of about 20 other mobile home or low-rent communities. Sanchez and others said they were discouraged by what they found. In Oakhaven, Sanchez paid $450 a month. Other parks charged upwards of $700 a month. Still others had 55-and-up age restrictions. Many were already full.

Sanchez and her girls wound up in a mobile home community in Wingate. They’re not as happy with their new schools and their new neighborhood as they were in Oakhaven, but the ordeal was eye-opening, Sanchez said.

“We lost our community in Oakhaven, but we did gain something,” Sanchez said.

“This process taught us that we have the right to ask for things. And that there are a lot of people in these situations who get tossed out with nothing and have to lose their homes.”

’What can you do with that kind of money?’

Mobile homes make up 1 percent of housing in Mecklenburg County, according to figures from the UNC Charlotte Urban Institute. But they represent 12.7 percent of the housing stock statewide in North Carolina, according to a 2018 report by the UNC Chapel Hill School of business.

Many states provide help for mobile home residents if their park closes:

North and South Carolina offer no help to mobile home residents facing displacement. North Carolina once offered tax incentives for the sale of a community to its residents, but that incentive expired in 2015, said Carolyn Carter with the National Consumer Law Center.

So, if residents in North Carolina receive a payout, they typically win it using the same kind of public appeal that Oakhaven used, said Kate Davidoff, director of Affordable Homeownership at research and advocacy group Prosperity Now.

And while the $8,000 Oakhaven residents received is better than the $500 initially offered, Davidoff said, “I think the challenge is, what can you do with that kind of money?”

A common misconception about mobile homes is that they’re mobile. In many cases, they are not.

Mobile homes built before 1976 can’t be moved due to restrictions placed by the U.S. Department of Housing and Urban Development. (Mobile homes older than that don’t meet current safety and efficiency codes.)

And even if a mobile home can be moved, as Oakhaven residents discovered, simply transporting it to a new spot often costs upwards of $2,000 to $3,000. Completing all the required hookups and inspections can cost another $10,000 or more.

Doris Wilson, 71, who went by “Grandma” to her Oakhaven neighbors, said she couldn’t find a suitable place to put her mobile home in Mecklenburg County, so she moved it to her granddaughter’s property in Pageland. It remains there, empty and disconnected from power, water or septic.

Simply transporting the home to Pageland cost $2,800, Wilson said. It will cost another $12,000 to hook it up to electricity, water and septic systems, secure the underpinnings and get everything inspected.

Wilson lives on $879 a month in Social Security disability, so she’s renting a room in a friend’s house while she figures out a way to pay for all of that.

“I think they gave us a fair deal (with the $8,000 settlement) but we all wished it had been more,” Wilson said. “But still, if we hadn’t went out and demonstrated and got the public involved, we probably wouldn’t have gotten anywhere with it.”

Jessica Moreno, 26, was living with her mom and younger sister in Oakhaven when the park closed. They decided they wanted to buy the land their home would sit on, to avoid a repeat of their Oakhaven ordeal, but they knew Matthews would be impossible to afford.

“It was a scary situation,” Moreno said. “We didn’t know where we were going to go.”

Moreno’s mom searched Craigslist and found a plot of land and a mobile home for sale in Gastonia for $40,000. Moreno, her mom, and her mom’s partner, pooled their money to buy it.

There’s security in knowing her family won’t be forced out by a landlord, Moreno says, but the security is coming at a price: more hours in the car each week.

Moreno’s former job at a water damage restoration company was a 15-minute commute from Oakhaven. She now drives 45 minutes to another Charlotte job, working for Action NC, the group that assisted Oakhaven residents. She’s specializing in housing advocacy – a subject that ignited her interest during the days of the Oakhaven negotiations.

Hector Vaca, the Action NC organizer who helped mobilize the efforts to help Oakhaven residents, said the struggles epitomize the county’s current housing crisis: for those with small paychecks, there’s simply no place to move.

And the cost of relocating to rural areas hits low-income people disproportionately. With no strong transit system, they take on the cost of commuting.

Mecklenburg County at-large Commissioner Pat Cotham went to Oakhaven to meet residents when she learned the community was up for redevelopment.

She attended some of the Matthews Town Commissioners meetings, and although she didn’t have any jurisdiction in the matter, she said she wanted to hear for herself the impact the rezoning and redevelopment would have.

“These builders – we can’t tell them, ‘You must do this,’ but it’s a matter of building relationships and trying to work it out and seeing if there’s any public-private help,” Cotham said. “What other groups can help? Community groups? Government? There’s got to be more people at the table.”

For Rosa Sanchez, the year 2019 has been about adjusting to a new normal for herself and her daughters in Wingate. But the experience of what happened in Oakhaven still stings.

“It’s a very sad thing. They’re taking people who have lower incomes and throwing them out for people who are richer,” Sanchez said.

“All around Charlotte, rents are so expensive, but the one option that has been around for people like us who don’t have a lot of money is trailer parks. Now, they are leaving us without that option.”

This story was produced by the Charlotte Journalism Collaborative, a partnership of six journalism organizations working together with the assistance of the Solutions Journalism Network and funding from the John S. and James L. Knight Foundation. 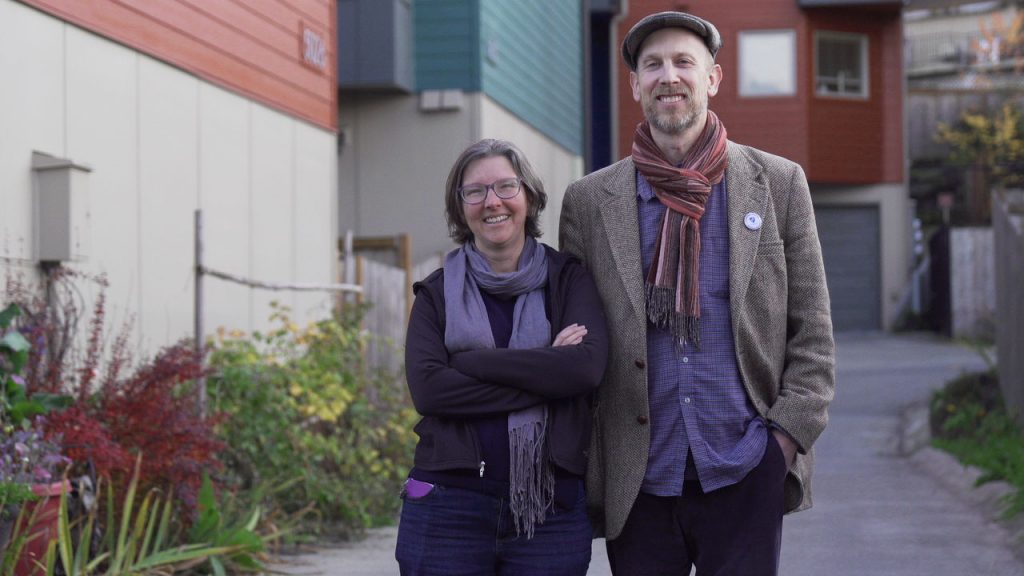 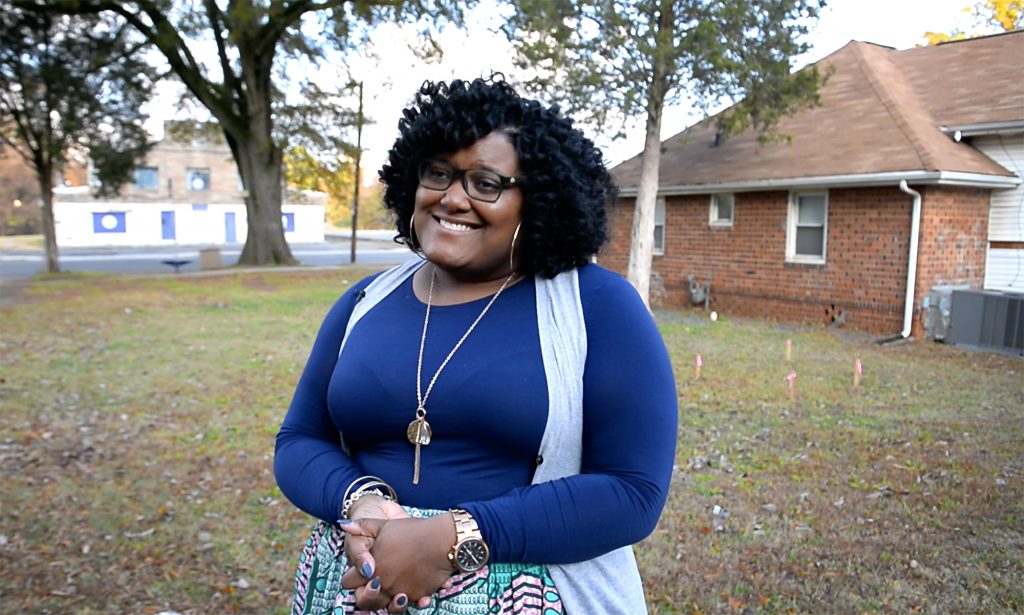