‘One job should be enough’: How Charlotte’s low-wage jobs make housing unaffordable 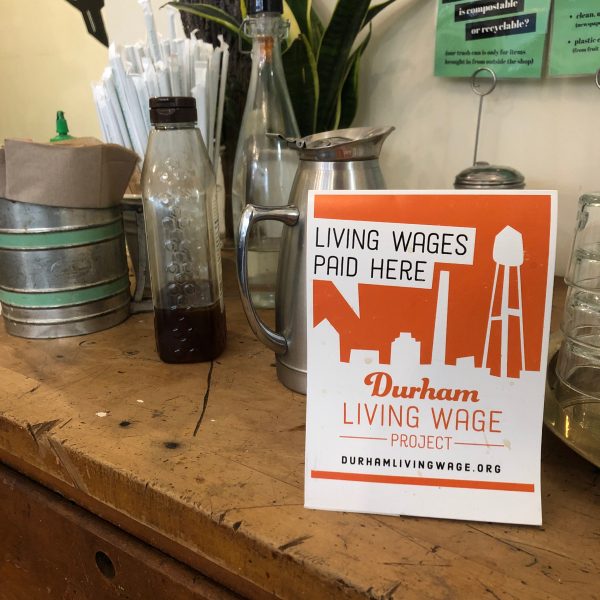 Consider Charlotte’s affordable housing crisis as a math problem. Housing costs are too high. Wages are too low. How do you solve it?

So far, the community has focused on half the equation, raising and spending tens of millions to build and subsidize affordable units, while largely ignoring the issue of poverty-wage jobs.

Many housing advocates say that’s a mistake. In a city where low-paying jobs are a significant and growing part of the economy, Charlotte can’t build its way out of this problem, they say. The community needs to address wages, too.

“The easiest thing to do is look at a graph,” says Peter Kelly, co-founder of Equitable Communities CLT, a nonprofit that advocates for affordable housing and economic equity. While rents have climbed, pay has remained nearly flat. It isn’t just a supply problem, he says. “It’s income.”

“We do just have to be able to flat-out name it,” says Justin Perry, co-founder of OneMECK, an advocacy group working for equal opportunity in Charlotte-Meckenburg Schools. “We have to significantly increase the minimum wage. And if we’re not willing to do that, then we have to acknowledge we’re not willing to lead.”

North Carolina’s minimum is the same as the federal minimum wage – $7.25. But in Mecklenburg County, a living wage – the hourly pay required to cover necessities – is significantly higher. The MIT Living Wage Calculator puts it at $12.58 for a single adult, $24.69 for an adult with one child. Other living-wage models produce even higher minimums.

Unlike many cities, Charlotte doesn’t have the power to set a higher minimum wage for local businesses. It would need legislative approval, and the Republican-controlled General Assembly has opposed increasing the current minimum.

There’s one voluntary strategy, however, that the Charlotte-Mecklenburg Opportunity Task Force recommended in 2017 as a way to address Charlotte’s inequities: Encourage employers to raise wages and improve benefits for their lowest-paid employees.

So far, Charlotte hasn’t pursued this idea in a coordinated way. But other N.C. cities have. They’ve made higher wages a community-wide goal with the help of nonprofit living-wage projects. Projects serving Buncombe, Transylvania, Durham and Orange counties have helped thousands of workers earn higher pay through programs that certify living-wage businesses.

They also work to publicize the importance of higher wages. In Durham, for instance, living wages have “become part of the housing affordability conversation,” says Matt Kopac, founder of the Durham Living Wage Project.

‘One job should be enough’

Since 2014, when Charlotte learned it placed last in an economic mobility ranking of 50 of America’s largest cities, the city has often been characterized as two Charlottes – one prosperous, one poor. UNC Chapel Hill’s Gene Nichol, a law professor whose 2018 book, “The Faces of Poverty in North Carolina,” includes a chapter on Charlotte, has found this an apt image when it comes to wages.

Charlotte, like the rest of America, has lost manufacturing jobs that once provided middle-class wages. And while the city has attracted thousands of high-earning jobs, three low-wage industries – retail, administrative services and accommodations and food service – make up a large and growing share of the city’s economy, Nichol says.

In Mecklenburg County, 32 percent of workers – 221,630 – are employed in occupations that pay a median wage of less than $15 an hour, according to an N.C. Justice Center analysis of federal employment data.