May 6, 2022
By Tyler Dukes and Payton Guion, The Charlotte Observer

In a months-long investigation, reporters with The Charlotte Observer and The News & Observer laid bare the complex network of subsidiaries tied to major, national corporations that have been scooping up single-family homes across the state for the last decade.

These corporate landlords are well positioned for continued growth — especially in hot housing markets like Charlotte, the Triangle and the Triad.

Their practices can put them at odds with prospective homebuyers, neighbors and their tenants.

The single-family rental industry, however, contends that its growth is a reflection of housing demand, and that they are making good neighborhoods more accessible to renters who can’t afford to buy.

Here’s a look at five major things we learned over the last five months spent reporting this series.

1. THEIR HOLDINGS? MUCH LARGER THAN WE THOUGHT

Given the fast pace of growth and relative newness of the industry — it’s only about 10 years old, after all — there had never been a comprehensive count of corporate homeownership across the state.

Researchers at the UNC Charlotte Urban Institute did the first local count in June 2021, putting the number at about 11,000. The National Rental Home Council, the trade group that represents some of the largest corporate landlords, says its most recent estimate is about 25,000 for North Carolina among its members.

But the N&O and Observer’s analysis puts the actual figure, as of mid-April 2022, at more than 40,000. And that tally only includes large firms with more than 100 properties — not all of them National Rental Home Council members.

It’s true, as the industry points out, that this represents a small percentage of the number of single-family homes across all of North Carolina.

But the concentration of their rental homes isn’t uniform.

In Charlotte, our reporting found, these companies own one-quarter of all rental homes. And in at least one neighborhood off Peachtree Road, corporate landlords own 1 of every 5 single-family homes — rentals or not.

TRICON RESIDENTIAL, A PUBLICLY TRADED COMPANY THAT OWNS THOUSANDS OF HOUSES ACROSS NORTH CAROLINA, ADVERTISES A HOME FOR RENT ON THE CORNER OF HORSEBACK LANE AND OFFSHORE DRIVE IN RALEIGH. JULIA WALL JWALL@NEWSOBSERVER.COM

The industry got its start right after the foreclosure crisis that sparked the Great Recession, when a government-backed program allowed companies to buy pools of distressed properties in some of the country’s hardest-hit areas.

But once in hand, that housing portfolio allowed firms to create a wholly new financial instrument — the rental-backed security.

The first rental-backed security went on the market in 2013, and promised investors the collective future rent checks from a bundle of homes. These bonds offer investors — like the North Carolina pension fund — a steady and reliable return, while the corporation gets a payout of hundreds of millions of dollars all at once.

With that extra cash in their war chests, companies have capital they need to gobble up additional homes. But they’re not just buying — they’re building too.

Several neighborhoods in Charlotte are now entirely rental communities after companies purchased directly from homebuilders. American Homes 4 Rent, the company with the most rental houses in North Carolina, says it is now primarily focused on building rentals.

“As one of the top homebuilders in the country, we are doing our own small part to alleviate the nationwide housing crisis by building new home communities designed for durability and efficiency,” American Homes 4 Rent spokeswoman Megan Grabos said in an emailed statement. 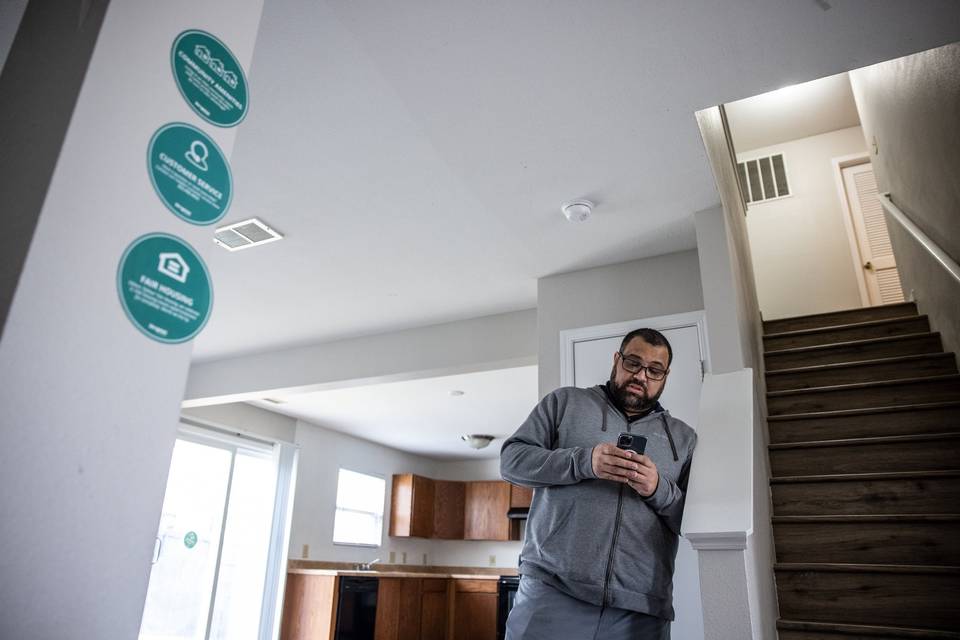 JONATHAN OSMAN, A LONGTIME CHARLOTTE REALTOR, LOOKS UP INFORMATION ABOUT A HOME IN NORTHWEST CHARLOTTE THAT’S OWNED BY PROGRESS RESIDENTIAL. SIGNS ON THE WALLS TELL PROSPECTIVE TENANTS HOW TO APPLY, A PHONE NUMBER TO CALL WITH QUESTIONS AND EVEN A “MAKE YOU FEEL AT HOME” PLAYLIST FOR YOUR TOUR. KHADEJEH NIKOUYEH KNIKOUYEH@CHARLOTTEOBSERVER.COM

3. CLAIM THERE IS NO HOMEOWNERSHIP LOSS IS UNCERTAIN

The National Rental Home Council points to data showing homeownership in Charlotte actually increased from 66% to 73% from 2016 to 2020.

“The evidence is not clear at all that the presence of single-family rental home companies has any kind of a negative impact on homeownership,” said David Howard, the council’s executive director. “As a matter of fact, the data shows just the opposite.”

The reality is a lot more murky.

At first glance, the U.S. Census Bureau’s Housing Vacancies and Homeownership survey shows homeownership in the Queen City on the rise. But because the sample size is relatively small, that data also has a very high margin of error — so high that it’s hard to say with confidence whether homeownership has changed much at all.

The census bureau’s American Community Survey, on the other hand, is a little more definitive. The ACS provides the percentage of housing units that are occupied by owners. And it has a much smaller margin of error.

By this metric, homeownership is effectively flat from 2016 to 2020. But it’s still down from the pre-recession period.

The American Community Survey data, it should be noted, never had homeownership as high as 73% in Charlotte over the last decade.

4. BUYERS AND TENANTS FEEL THE GROWTH

Reporters at the Observer and the N&O knocked on dozens of doors to talk to tenants of some of these large corporations. And we spoke to multiple real estate agents and prospective homebuyers in Raleigh and Charlotte.

Many of them expressed concern about the growth of corporate landlords, which have sparked more than 80 renter complaints to the NC attorney general and the Real Estate Commission. Their buying practices, including cash offers above the asking price, can make it hard for locals to compete for homes, some Realtors say.

Companies insist they’re one piece of a much larger market and that they’re committed to providing safe, high-quality homes, which they work to repair as promptly as possible. They also emphasize that their presence in Raleigh in Charlotte is a function of rental demand — National Rental Home Council data shows occupancy rates for its members’ properties in the two cities is the highest in the country at 98%.

But demand to buy? That’s been complicated by investors large and small looking for places to grow their cash, says Shamus Roller, executive director of the National Housing Law Project.

“What you have is a lot of dollars that are chasing the housing market that are not necessarily people looking for a place to live,” Roller said. 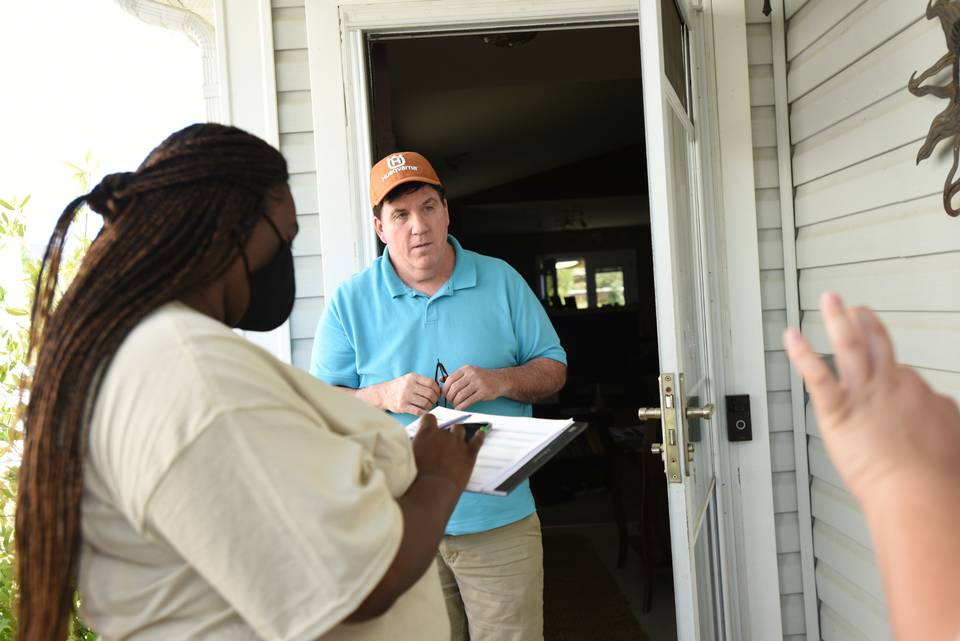 5. NO ACTION FROM LOCAL OFFICIALS — YET

Despite dozens of formal complaints filed against corporate landlords at the state level — and calls for action from constituents — Charlotte and Mecklenburg County leaders have so far not taken concrete steps to address the industry, which has amassed more than 25,000 single-family homes in the area. It’s a similar story across the country.

At an April presentation for the Mecklenburg Board of County Commissioners, Monica Allen, the county’s director of strategic planning and evaluation, told commissioners that she hadn’t found many solutions in other places dealing with a large presence of corporation landlords.

“Sadly, when we scanned the nation, we didn’t really find, especially in larger markets, we didn’t find that these communities are doing anything,” Allen said.

In Raleigh, Mayor Pro Tem Nicole Stewart cited the Observer/N&O investigation in a call Tuesday for the city council to take on this issue.

“In our role as policymakers and as this community’s authority on land use, this City Council has taken every imaginable and legal approach to tackling the housing crisis that faces our community,” Stewart said in a statement to the council. “This issue of homes being removed from our available housing supply has to be a part of our overall efforts to address the housing crisis that is happening across the country, but particularly across our state and here in Raleigh.”

Still, the only barriers to continued growth for corporate landlords have come from grassroots efforts. Several local homeowners associations have voted to restrict rentals in their communities, while activists have been working to organize tenants to push back against rent raises and other industry practices.

Read this special series at The Charlotte Observer

Rise of Wall Street Landlords: Hear from the journalists who reported on big investors buying up 40,000 NC homes

View the virtual event from Wednesday, May 11 to hear more about The Charlotte Observer’s Security for Sale investigation. Journalists leading the project described what they discovered about the methods and impacts of corporate landlords and fielded participant questions about the companies that own at least 40,000 rental homes and counting in our state. 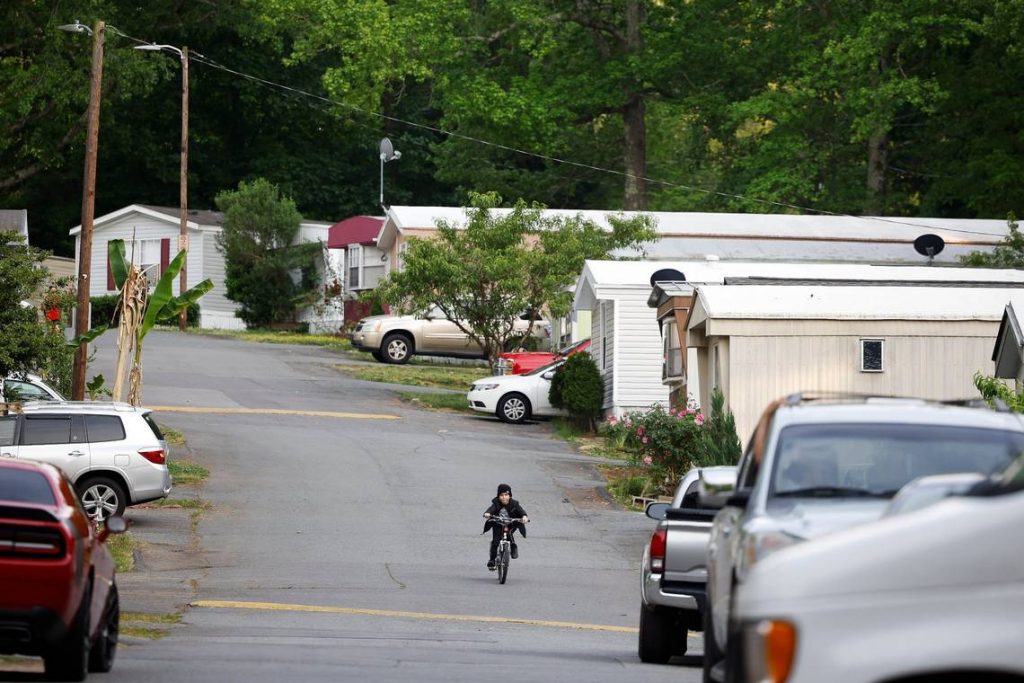 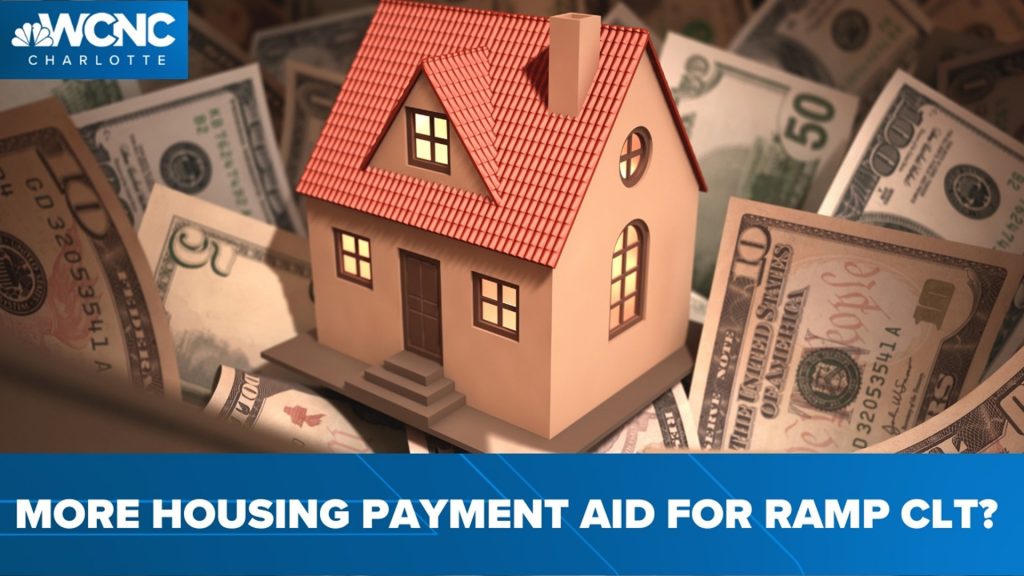