While a federal moratorium significantly curbed evictions in Mecklenburg County, those that did occur did so most frequently in some of the county’s most vulnerable areas.

A Charlotte Journalism Collaborative examination of nearly 700 eviction cases from October 2020 to March 2021 found evictions during the pandemic most often occurred in ZIP codes with higher rates of poverty, higher Black populations and less housing investment than the county, overall.

The review of writs of possession, issued by a judge after a tenant loses in court and is ordered out, provides a six-month snapshot of eviction activity during the moratorium. The records offer insight into who was not protected by the federal order and still lost their homes.

Evictions in Mecklenburg County slowed significantly during the pandemic, records show. The Mecklenburg County Sheriff’s Office received less than half the number of removal orders in 2020 as it did in 2019. And 2021 also has seen far fewer than pre-pandemic norms.

But when they did occur, three ZIP codes in north, east and west Charlotte stand out: 28262, 28212 and 28216, where evictions occurred three times as often as the county average.

The geographic concentrations of evictions mirror the situations Floyd Davis sees with clients who come to Community Link, which finds housing for people who are homeless and works with others to become homeowners.

“If Tryon Street has a runny nose, east Charlotte and west Charlotte have pneumonia,” said Davis, the organization’s CEO.

“What the pandemic has really done, it’s elevated the situation, especially with the ‘have nots’ and the people that are on the lower rungs of the economic ladder. They’ve been hit the hardest by this, and that demographic reflects that.”

To better understand who got evicted despite the pandemic, CJC members requested to review physical copies of writs of possession that occurred after the federal moratorium took effect in September 2020.

Because of records retention policies at the Mecklenburg courthouse, the oldest complete month of writs available were from October 2020, and journalists reviewed a six-month period going forward to March 2021.

The nearly 700 cases represent the available records provided to the journalism collaborative for review. Read more about the process below.

Who got evicted in Mecklenburg

Evictions during the six months examined by the CJC took place in every corner of the county, from Huntersville down to Ballantyne, near the airport and stretching east toward Mint Hill.

But those top three ZIP codes, while home to just over 13% of the county’s population, account for nearly one-third of all cases in the six months examined. Eviction activity in these ZIP codes occurred at three times the rate or greater than the county average during that period.

Nearly 90% of evicted tenants in these three high-activity ZIP codes rented from larger landlords, either in multi-family apartments or in single-family homes whose owner has 10 or more properties in Mecklenburg County, according to a review of property records.

Landlords seeking evictions in these ZIP codes did so overwhelmingly for nonpayment of rent, a trend mirrored across the county.

These three high-eviction ZIP codes have a higher share of Black residents — 51% compared with just under 31% countywide — according to an analysis of the eviction data by the University of North Carolina at Charlotte’s Urban Institute.

These neighborhoods also show signs of less housing investment, according to the Urban Institute analysis. More single-family homes there are rentals, have fewer renovations or new construction permits but more housing code violations. Home sale prices in those ZIP codes are $131,000 lower on average than the county overall, the analysis found.

​“That is something we consistently see across the board, and it’s often because they have the least amount of resources, the least political capital (and) less access to legal representation,” she said.

When the Centers for Disease Control and Prevention issued the first federal eviction moratorium in September 2020, public health officials aimed to prevent homelessness and the risk of viral spread in shelters or overcrowded households.

Tenants with a pandemic-related income loss or illness had to sign a declaration attesting to their inability to pay and their efforts to find help such as unemployment benefits or rent assistance. The moratorium did not prohibit evictions for other lease violations, like criminal activity, or for nonpayment for reasons other than the pandemic.

Housing advocates said many tenants fell through the cracks because they were unaware of the requirements, unable to get an attorney to help them understand their legal options, or had a hardship not directly related to the pandemic.

The order faced continuous legal challenges from landlord and real estate groups, which argued the CDC did not have the authority to intervene in evictions. A second moratorium issued in July and set to expire in early October was struck down late last week by the U.S. Supreme Court, immediately ending the protections.

Across the county, most property owners appear to have evicted, at most, a small handful of tenants, and the majority of landlords show up in the reviewed records once or twice. A few apartment complexes, however, appear frequently in the records.

Among them are The Kelston and The Avalon, neighboring apartments off Albemarle Road near the soon-to-be-redeveloped Eastland site. The two complexes evicted a combined 28 households during the period reviewed, most of them in December, just as the Kelston was being sold.

Both properties are now owned by companies registered to the same Miami address, after The Kelston sold for $36.3 million in mid-December to an LLC affiliated with One Real Estate Investment.

​One Real Estate Investment did not return a call for comment.

While the moratorium did not prevent landlords from filing for eviction, Kim Graham, executive director of the Greater Charlotte Apartment Association, said she believes it did keep some smaller landlords who represent themselves from trying to get their tenants out.

Corporate landlords have more resources and access to attorneys to successfully evict tenants than smaller, individual property owners, she said.

A representative for Loebsack & Brownlee, one of the area’s top landlord attorney firms for evictions, referred a reporter’s call to the apartment association.

Did the moratorium work?

“The moratorium was not perfect,” said Isaac Sturgill, who leads Legal Aid of North Carolina’s housing group, noting criticism from tenant advocates who argued the protections should have been automatic, and that there was insufficient public education and communication to renters.

“But even though it wasn’t perfect, I do think it had a really drastic effect on the number of eviction actions that happened over the last 12 months or so,” he said. “With that protection gone now... it’s like a free for all at this point.”

The end of the moratorium only accelerates the race to distribute federal rent relief funds to help past due tenants catch up.

Rent and utility assistance is available in Mecklenburg through the RAMPCLT program for households with a pandemic-related financial hardship. About $11.3 million is still available, WFAE reported this week, with another $55 million expected to pass through the city and county.

First priority will be given to those with an eviction hearing scheduled, followed by those with the lowest incomes. Apply at rampclt.com or by calling 980-406-7509.

The Charlotte Journalism Collaborative thanks the many reporters and interns who supported this project through research and investigation.

More on How We Did It:

This story represents a culmination of six months of research and reporting by the Charlotte Journalism Collaborative and associated media partners, notably The Charlotte Observer, WFAE, WCNC, and La Noticia. These reporters, along with a handful of CJC interns, visited the Mecklenburg County Courthouse between March and May, scanning nearly 700 writs of possession into a shared document. From there, the team went in and entered the scans into a spreadsheet, filtering out names, ZIP Codes, and landlords who appeared frequently in order to determine which areas of Mecklenburg County were most impacted.

While journalists from the Observer and WCNC handled the interviews and writing, reporters from La Noticia and Carolina Public Press went back through the data and attempted to isolate cases of note that stood out for the story. Meanwhile, the CJC brought in researchers from the UNC Charlotte Urban Institute to take the collected data and compare it to their own demographic breakdowns of Mecklenburg County, allowing patterns and focal areas to come into light. Once the data was submitted, one principal task remained: making the article.

Main image: The Kelston apartments in east Charlotte, pictured here Monday, August 30, 2021., was among the top evictors during the federal eviction moratorium, according to a review of records by the Charlotte Journalism Collective. JOSHUA KOMER 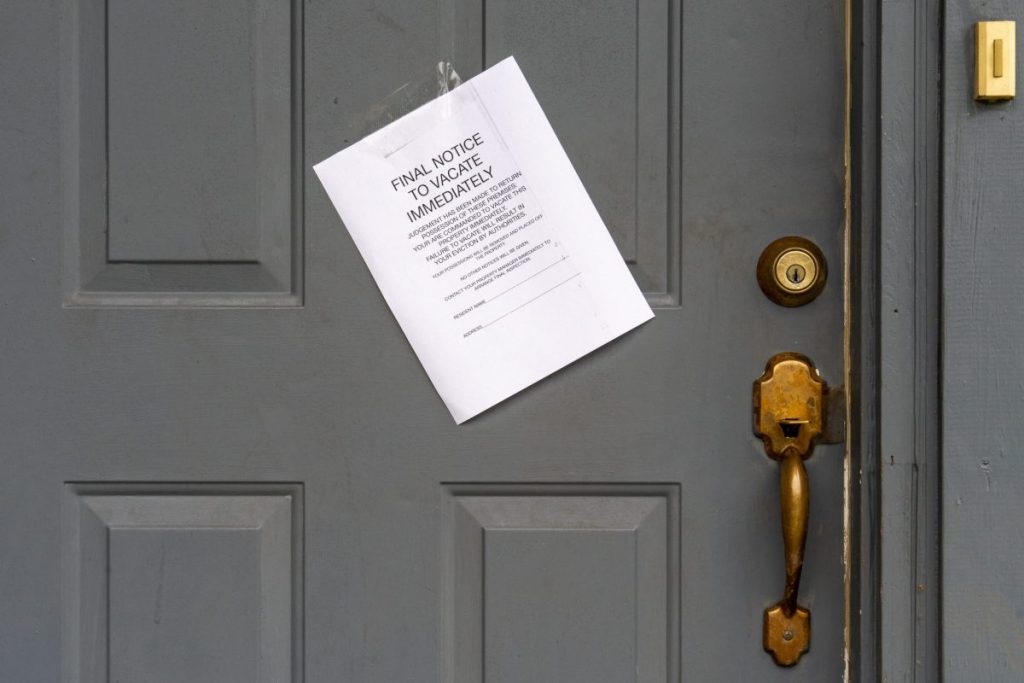 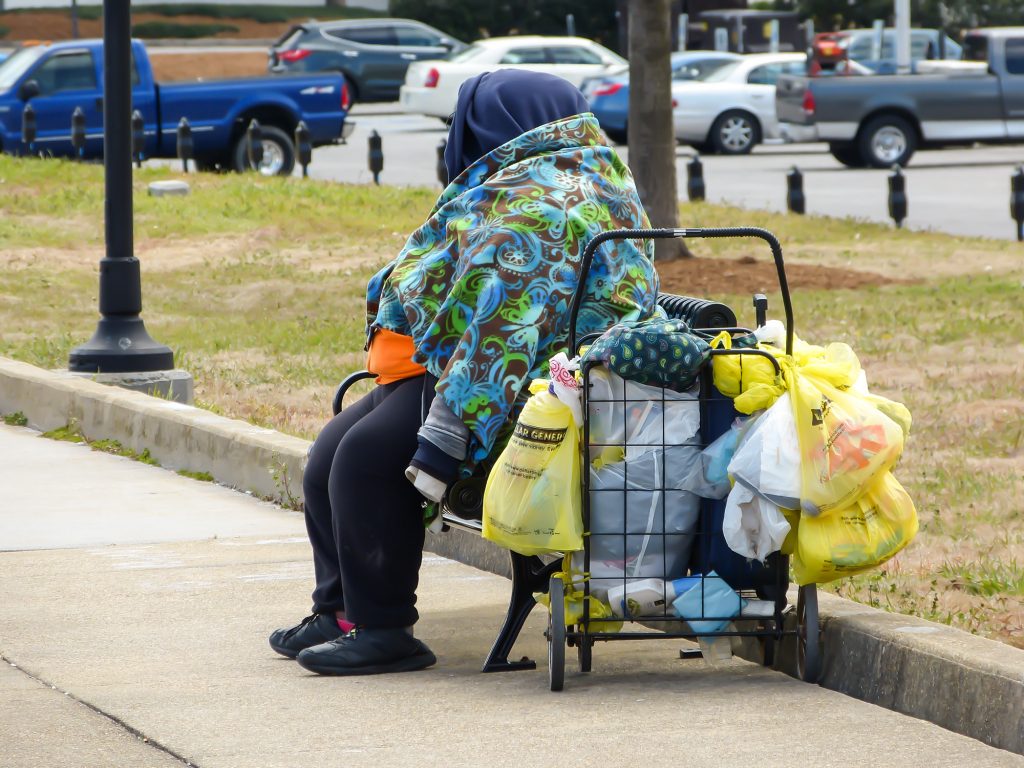