When your family turns on you, where do you go? 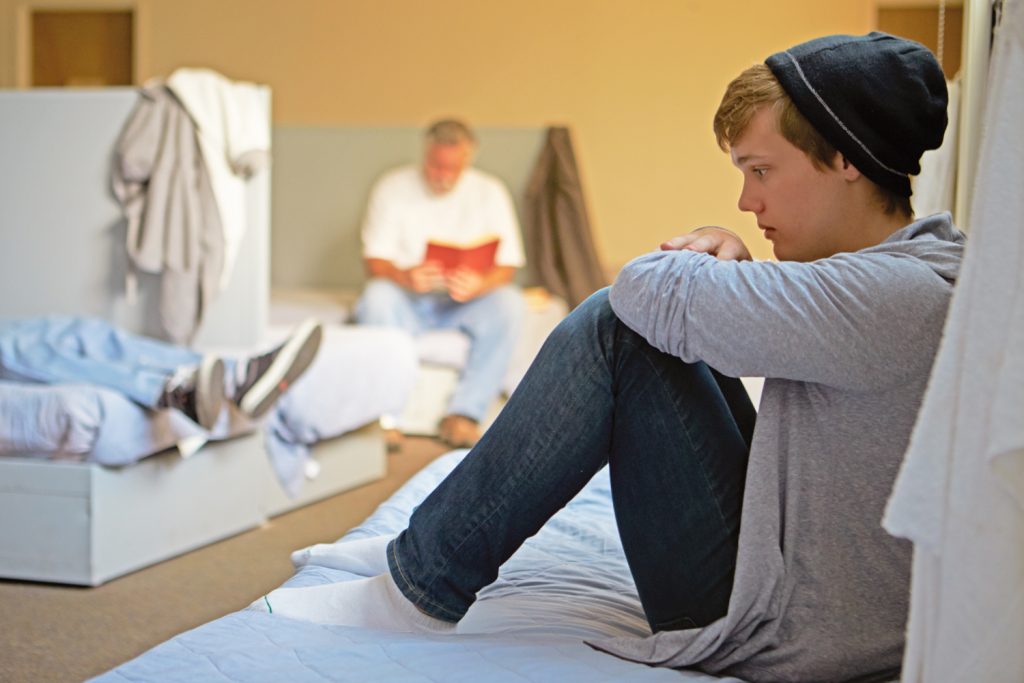 Tom came around often and never gave up on me. He absolutely refused to believe that my parents didn’t care about me or want me in their home.

“If you want to drive out and meet my parents, we can do it,” I said, giving in. Knowing well in advance what the result would be. Even though I hated the idea of going there, I let him take me … on the condition that he brought me back downtown when his magical outreach powers didn’t work.

We pulled into my parents’ driveway and before we even got out of the car, my father came outside screaming. “Get the hell out of here you assholes! Stay away from my house!!”

“Mr. Early, I just want to talk to you and Mrs. Early about your son and his situation. He is living on the streets, which are very dangerous. And I thought…”

My father cut him off. “You thought wrong. That little faggot will not live in my house! He is a criminal! Get the hell out of here and take that little son-of-a-bitch with you!”

From “Street Child: A Memoir”
by Justin Reed Early

Although Justin Early’s book “Street Child,” published in 2013 and based on his experiences near the latter part of the 20th century as a homeless youth (beginning at the mind-boggling age of 10), the story he tells still carries weight for homeless LGBTQ youth today.

There are a myriad of reasons young people find themselves homeless: parents who don’t approve of their sexuality or gender identity, broken dysfunctional homes, mental illness, physical abuse, bullying by classmates, siblings and other neighborhood children.

In Early’s case, he was victimized by a disapproving, abusive father and a submissive mother who feared her husband and was unable to stand up for her son, which prompted Early to run away from home, ending up on the streets of Seattle.

Remarkably, he survived and lived to tell his story. With so many LGBTQ youth, that is not always the case.

Many are forced to turn to prostitution and theft to survive. Some fall victim to an array of criminal activity. If you’re under the age of 18 and apprehended by authorities, homeless youth are required to return to their birth family or legally recognized guardians.

While statistics on the percentage of homeless youth in the U.S. who identify as LGBTQ varies, general estimates tend to fall somewhere between 11 and 40 percent. In smaller towns, the percentage is much lower. However, in larger cities, places like Los Angeles, New York, San Francisco, Atlanta and even Charlotte, the statistics lean towards the much higher rate.

LGBTQ youth (and young people in general facing hardship and lack of acceptance) in smaller towns tend to leave their communities and head for the largest nearby city.

There’s no question that cities such as today’s Charlotte offers an accepting environment.

All too often the very thing that draws a troubled LGBTQ youth to a metropolitan environment is the very thing that ends up making them homeless: currently, there is no place in the entire country where anyone making the federal minimum wage can afford to live in an apartment by themselves.

Not even in most of the small towns, so many young gay people left behind.