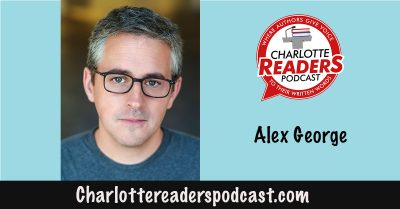 In this episode 220, guest hosted by award winning author David Collins, we visit with award-winning author Alex George, author of The Paris Hours.

Listen to this Episode

In this episode 220, guest hosted by award winning author David Collins, we visit with award-winning author Alex George, author of The Paris Hours.

The book is set in one day in the City of Light and one night in search of lost time. Paris between the wars teems with artists, writers, and musicians, a glittering crucible of genius. But amidst the dazzling creativity of the city’s most famous citizens, four regular people are each searching for something they’ve lost.

Lauren Belfer, New York Times bestselling author of City of Light and and After the Fire and recipient of the National Jewish Book Award, says this about the book: “Unfolding over the course of one day in 1927, in a city whose citizens remain traumatized by the devastation of World War I, The Paris Hours is a thrilling, irresistible marvel. In lyrical prose, author Alex George weaves together memory, loss, and yearning, portraying his characters with such vivid immediacy that I could imagine myself walking beside them along the winding streets of Paris, sharing their stories. Riveting, heartbreaking, and compassionate, The Paris Hours continues to haunt me.”