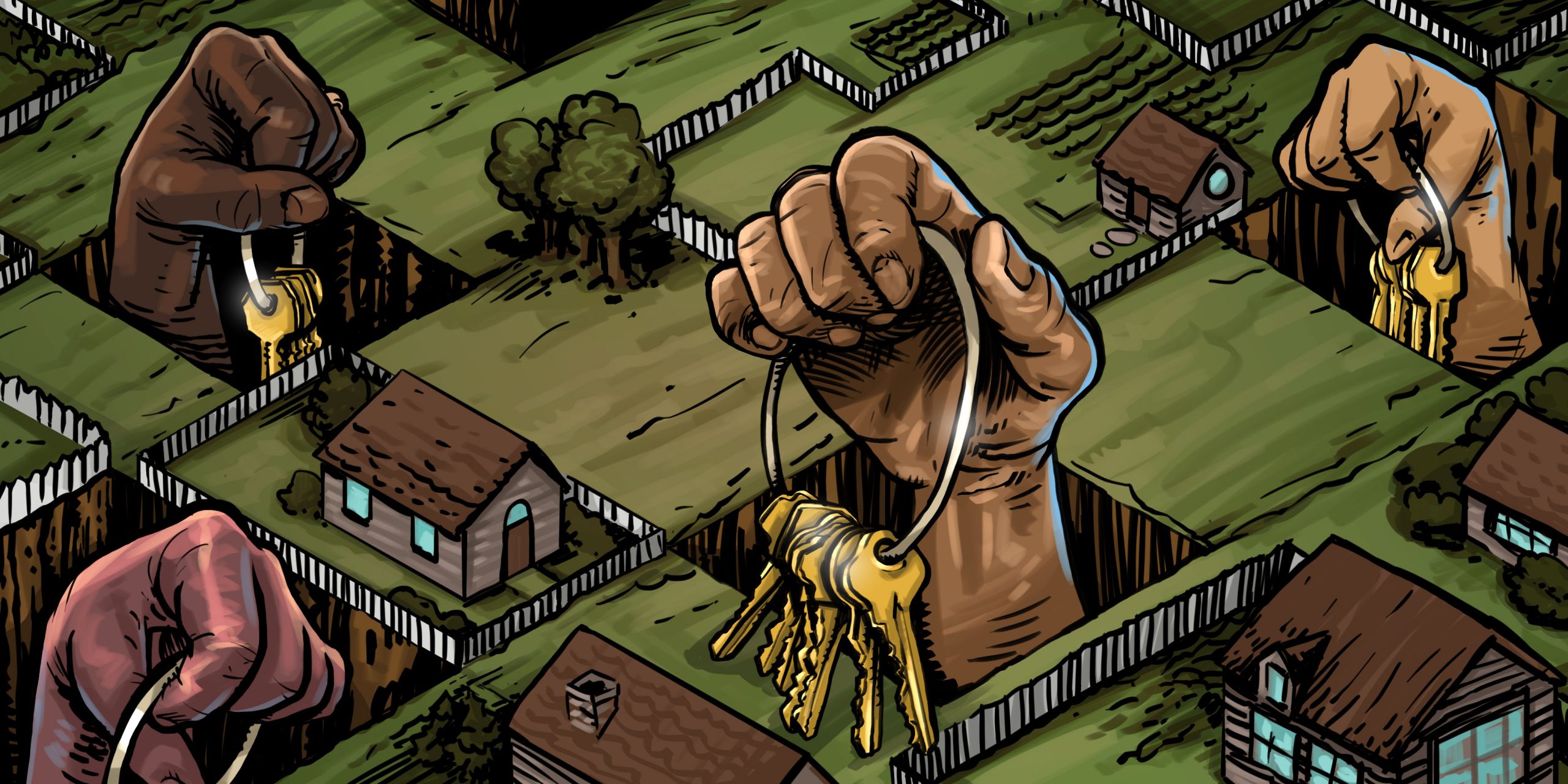 by Genna Contino, The Charlotte Observer

Those working to solve Charlotte’s housing shortage know each additional affordable unit is critical as population and needs grow.

The city of Charlotte calculated 32,000 units are needed to meet the needs of more than 50,000 Charlotteans who don’t have an affordable place to live. Since 2001, Charlotte has produced almost 11,000 units toward that goal through partnerships with nonprofits, developers and faith-based groups for residents who make below a certain percentage of the city’s median income.

Still, ​supply struggles to keep up with demand​.

In Nashville, Tennessee, a developer purposely bought a parcel near land owned by a nonprofit to increase how much affordable housing could be built there. ​

Like Charlotte, Nashville’s scars from urban renewal have not yet healed. Just as ​government programming forced Black residents out of their homes in Charlotte’s Brooklyn neighborhood in the ‘60s, neighborhoods surrounding Nashville’s urban core faced the same fate — leaving many without a home in the city they called home for generations.

Nashville property data, like Charlotte’s, is digitized. So Bailes knew the property next to him was owned by nonprofit Affordable Housing Resources. He rezoned both his land and the nonprofit’s to allow for seven units total, including new units on what would have been the nonprofit’s parcel. Before rezoning, the city would have only allowed three combined units on the two parcels.

The few additional units may not seem like a lot, but Bailes looks at the additions as adding density that makes housing on the site more affordable. One house on a lot might cost $2,000 to rent. But a quadplex — four units — could have $600 rent for each unit, yield a higher return on investment for the developer over time and provide more affordable options for some of the thousands that need them.

‘The whole world has changed’

Bailes’ project is still in the permitting process. The two homes on the land owned by the nonprofit will be sold in the low $200,000s. In East Nashville neighborhoods, where the project will be located, no homes are listed under $350,000, according to Zillow.

Bailes has not decided a price range for the five units on his property, he said.

Bailes’ approach is different because he purposely sought out land near the nonprofit and offered his help through the approval process after finding out about the affordable housing project.

The nonprofit focuses on home ownership, which has become more unaffordable in recent years.​

Bailes’ rezoning also created a way around quirky zoning laws. To build to the three-story homes they wanted, there had to be a 39-foot easement in the middle for a fire truck in case of emergency. 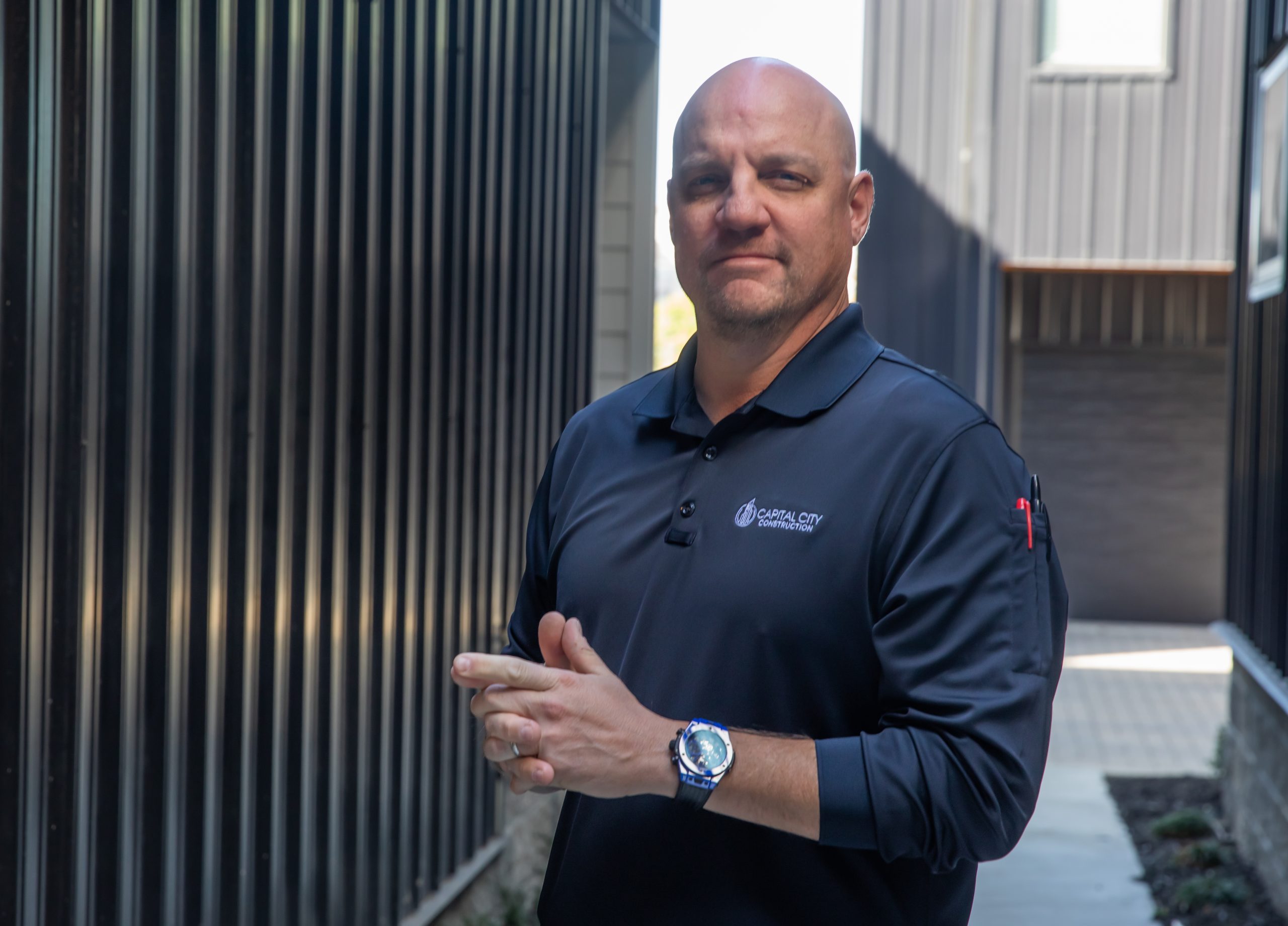 Has it worked in Charlotte?

Similar partnerships with nonprofits have worked in Charlotte.

A recent example in Charlotte is a partnership between Ascent Housing, an organization that acquires and preserves affordable housing, and homelessness nonprofit Roof Above.

Roof Above bought the 23-acre HillRock Estates apartment complex and worked with Ascent to acquire, finance and set an affordability plan for the project. The complex has 340 units including a mix of units spread throughout the complex for people who previously experienced chronic homelessness.

Roof Above received millions in corporate, philanthropic and government dollars to preserve the affordable housing, including $7 million in private donations and a $5 million low-interest loan from Atrium Health in exchange for using 50 of the units to house Atrium workers in need.

“We never could do it without a nonprofit being the owner and the equity provider,” said Mark Ethridge who leads Ascent Housing.

When the need remains as great as it is, Charlotte has to continue to be creative to fit in new units, wherever possible, Wooten said.

Has City Council action made it easier?

Charlotte passing the Unified Development Ordinance (UDO) this year, a document that determines what can be built where, could make it possible for more projects like Bailes’ in Nashville’s to fill gaps.

A provision in the UDO allows for more dense housing to be built in traditionally single-family neighborhoods, which drew public scrutiny​. Some also argued it would further gentrification.

Gentrification can be marked by sleek apartment buildings, pricey restaurants and an influx of affluent white people in areas traditionally populated by people of color. Charlotteans have seen this first-hand as neighborhoods such as Wesley Heights and Cherry see trendy breweries and coffee shops open where quaint single-family homes housed much of Charlotte’s Black population for generations.

“As the development market catches on to the increased profitability of duplex and triplex development, property values for that type of development will rise even further,” Newton said. “This will be a double whammy for residents in gentrifying neighborhoods.”

Despite disparities, Charlotte remains more open to affordable housing construction than other cities in the state, Wooten said.

Both the city and Mecklenburg County passed source of income protections this year, meaning new projects subsidized by local government can’t turn down renters paying with Section 8 vouchers. The city was the first municipality in the state to pass such protections.

But when it comes to affordable housing projects and partnerships with nonprofits or private developers, the city acts like a bank with land or money to contribute. The city established its Housing Trust Fund in 2002 to provide financing for developers for affordable housing.

“The city is not in the business of owning housing,” Wooten with Housing Services said. “It’s not what we do.”

The city often provides what Wooten called a “gap subsidy” — a nonprofit or developer comes to them with a project they’re working on, but they’re missing one funding piece or they can’t afford the land. That’s where the city steps in, sometimes donating land or money to a project.

Since the creation of its Housing Trust Fund, the city has provided almost $218.8 million in gap financing for 10,869 new and rehabilitated units and 888 homeless shelter beds, according to Wooten.

The city currently owns 5,317.84 acres of vacant land in various shapes and locations, according to city spokesman Lawrence Corley III. Wooten said all surplus land is considered for affordable housing when the city is reviewing parcels to determine their purpose.

“Charlotte has a great climate for this work,” Wooten said. “You see both sides of the political spectrum prioritize affordable housing.”

Affordable housing remains a priority among residents’ needs in Mecklenburg County, even as apartment projects across the city go vertical, a recent survey shows.

The 2022 Mecklenburg County Community Survey, presented to commissioners earlier this month, found 32% of residents thought affordable housing is the most important issue countywide, more than the 21% who said crime and the 16.2% who said schools.

Mecklenburg is the most unequal county in North Carolina as the top 1% make more than 30 times the bottom 99%, data from the nonprofit Economic Policy Institute show.

The challenge is balancing neighborhood preservation with a dire need for more housing supply — development without displacement.

Building up or building more units than one on a single lot can serve as a small solution to a big problem, Bailes said.

“People think developers are the reincarnation of the devil but that’s not actually the case,” Bailes said. 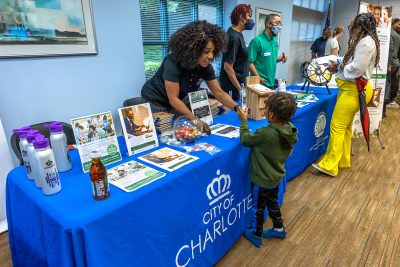