Kids Club: Get the Buzz on “Wishtree” from CMS Students!

Synopsis: A red oak tree and a crow help their human neighbors work out their differences.

March is Community Read month here at CMLibrary!  This year’s chapter book selection is Wishtree by Katherine Applegate.  Narrated from the perspective of an old red oak tree, Wishtree explores kindness, inclusion, community, friendship and so much more.  We are thrilled to share this heartfelt (and humorous!) book with you, but don’t just take our word for it!  Check out these amazing book talks and reviews from Chantilly Montessori students as they share all the reasons why you should read this year’s Community Read title, Wishtree, too!

Looking for more information about the 2019 Community Read?
Have you signed the pledge to read at least one of this year’s titles?
Click below to explore all of the exciting Community Read events happening at the library! 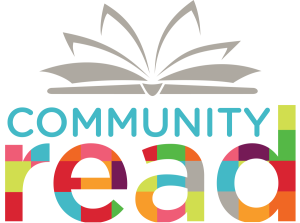 Review #1
Hi, I’m Nora and I think you should read the “WishTree” because it teaches you the values of friendship and even in the darkest of times you won’t feel bad because something will happen, hopefully.  And it also explains it in a very whimsical way.

Review #2
Hi, my name is Gabby, and I really enjoyed the “Wishtree” book because I like how it’s not from like a person’s point of view but from a part of nature.

Review #3
I like the “Wishtree” book because umm you can, you can wish for whatever you want and because the animals save the wishtree and umm, and I, and I would wish that I could eat all the chocolates in the world.

Review #4
I like the “Wishtree” because someone says “leave” and then all these people grouped in groups they put everything they want, they had on the wishtree and wrote something and those stay.  And the other part is you should read the “Wishtree” is because it has chocolate noodles.

Review #5
I am Subera and I like this book because, for two reasons actually, because you get to, like, figure out what’s going on from a different person’s point of view and that it teaches you that you shouldn’t judge people and I just really liked it.  I think the ending put me in tears.

Review #6
Hello, I’m Ike and I think you should read the “Wishtree” because it teaches you that you should not discriminate people because of their race, and it is a very well written book and it’s touching.

Review #7
Two reasons I liked the “Wishtree” are because of the cute forest animals, like that talk, like opossums, squirrels, and raccoons.  And it is also kind of humorous like the time when the mama opossum got tricked by her own baby.  One thing I learned is that friendship bonds can never be broken.  If someone was thinking of reading this book, I would tell them that it is a great book and I enjoyed it and if you like books about friendship this is a good book for you.

Review #8
I liked the “Wishtree” book because it was very funny and enjoyable.  Also, it teaches you about how important nature and friendship really is.  If anybody wanted to read this book, I would say I enjoyed it and go ahead.