Michael Goldfarb — All Along the Watchtower: On Life and Meaning 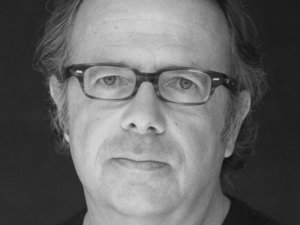 Michael Goldfarb is a journalist, author and broadcaster who for over thirty years has written the first rough draft of history. A former London bureau chief of NPR, he has reported from more than 20 countries across five continents for the BBC, Newsday, The New York Times, The Washington Post, Die Welt and The Guardian. He spent many years covering conflicts from Northern Ireland to Bosnia to Iraq.  He has authored two books: Ahmad’s War, Ahmad’s Peace: Surviving Under Saddam, Dying in the New Iraq and Emancipation: How Liberating Europe’s Jews From the Ghetto led to Revolution and Renaissance. His journalism has won the highest awards on both sides of the Atlantic, including the Overseas Press Club’s Lowell Thomas Award in America and the Sony Gold award in Britain. He is a former fellow of the Joan Shorenstein Center on Press, Politics and Public Policy at the Kennedy School of Government at Harvard University. He is the host of the podcast FRDH.

This episode is perfect for anyone interested in journalism, war correspondence, drafting the narrative of history, and American and world affairs.

Mark Peres adds a personal word that begins this way, “Listening to Michael Goldfarb talk about his work as a journalist and historian, I’m reminded of countless hours listening to the reporters of NPR report from distant places…”