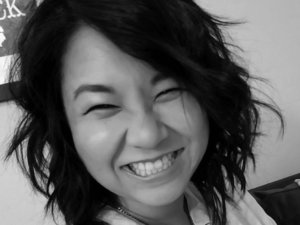 Amy Chiou cultivates the virtues of democracy. She has been a staff volunteer on dozens of electoral campaigns at all levels of political engagement. She is former deputy director of the convention complex for the 2016 Democratic National Convention in Philadelphia. She is the founder of #WTFwevote, a non-partisan organization that seeks to ‘increase the number of people who care enough to take action’ in the political process. Amy is also executive director of Queen City Forward, a community of social entrepreneurs, civic innovators and change-makers. QCF seeks to tackle significant ‘social challenges with innovation, creativity, curiosity and optimism that defines entrepreneurs.’ Amy earned her undergraduate degree in government at the University of Texas-Austin and a law degree at The George Washington University Law School.

This episode is perfect for anyone interested in politics and social entrepreneurism, and engaging the world with curiosity and joy.

Mark Peres adds a personal word that begins this way, “When Amy Chiou talks about the importance of family, I’m drawn to ideas I heard expressed by Professor Owen Flanagan about Mencius, a 4th century BC Chinese Confucian philosopher…”