Charles Thomas — A More Beautiful World: On Life and Meaning 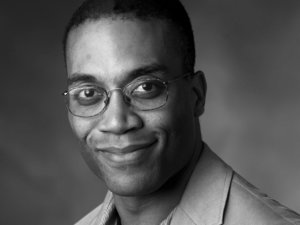 Charles Thomas is creating a more beautiful and connected world. He is a program director for the John S. and James L. Knight Foundation. He invests foundation funds in journalism, in the arts, and in the success of the city of Charlotte – one of the cities where the Knight brothers once published a newspaper. Charles is the former founding executive director of Queen City Forward, a hub for social entrepreneurs. His work included launching the organization and building programs to support social entrepreneurship and civic innovation. Charles is also a professional photographer and artist who earlier in his career served as director of education for The Light Factory Contemporary Museum of Photography and Film. He began his career working as a consultant for Andersen Consulting (Accenture). Charles earned his bachelor’s degree in economics from Duke University.

This episode is perfect for anyone interested in grant-making and community building, and a personal quest to create greater equity and connection in the world.

Mark Peres adds a personal word that begins this way, “This is what I know about Charlie Thomas.  He has a larger vision of himself based on a more beautiful and connected world…”