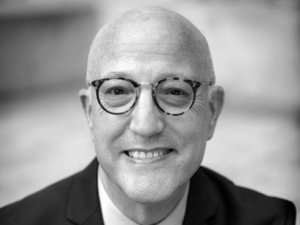 Tom Gabbard sets the stage for the arts and humanities in Charlotte. He is president and CEO of Blumenthal Performing Arts. The Blumenthal manages six performance stages and hosts over a 1000 performances annually. He is a member of the Board of Governors of the Broadway League and a Tony Award voter. He is a recipient of the Samuel J. L’Hommedieu Award for Outstanding Achievement in Presenter Management. Tom serves as President of the Independent Presenters Network, a consortium of 40 leading touring Broadway presenters in North America, Asia and the United Kingdom. He was the founding managing director of Pepperdine University’s Center for the Arts, and the executive director of the Arvada Center for the Arts and Humanities in Colorado and the Weidner Center for the Performing Arts in Wisconsin.  Tom holds a B.A. in Music Performance from Pepperdine University and M.B.A. in Arts Management from Golden Gate University.

This episode is perfect for anyone interested in producing and presenting shows that transform people and place.

Mark Peres adds a personal word that begins this way, “Beauty.  War. Religion. Love. Loss. Life. Death. Redemption.  The human condition, in all its wonder, is at the heart of the arts and humanities…”