Amanda Pagliarini Howard — One Clear Voice: On Life and Meaning 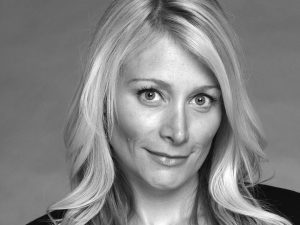 Amanda Pagliarini Howard is co-founder of The Society Guide, a membership-based program that connects non-profit organizations to high net worth donors and their advisors. The Society Guide publishes The Giving Book, an annual catalog and dossier of non-profit organization members. Previously, Amanda was editor of Society Charlotte magazine and nFocus Magazine, and a freelance writer and editor. She has contributed dozens of articles and essays to publications, including The Washingtonian, Uptown Magazine, Charlotte Viewpoint and the Charlotte Observer. Amanda earned an M.F.A. in Creative Non-Fiction Writing from Queens University of Charlotte and a B.A. in Communications from George Mason University.

In this episode we explore a series of events: Amanda was sexually assaulted when she was 14 years old, she was committed to a psychiatric hospital and became suicidal, she was recruited into a cult-like group for seven years, when she left the group she lived very much on the edge, until finding her way to a new city where a process of healing began. We talk about her past and where she is now.