Emily Giffin — All We Ever Wanted: On Life and Meaning 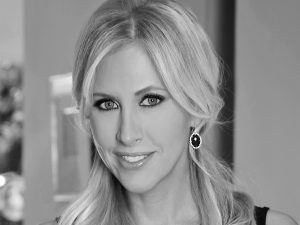 Emily Giffin is the author of eight New York Times bestselling novels: Something Borrowed, Something Blue, Baby Proof, Love the One You’re With, Heart of the Matter, Where We Belong, The One & Only, and First Comes Love. Her most recent novel is All We Ever Wanted. Her books have been translated into thirty-one languages, with over eleven million copies sold worldwide. In addition, five of her novels have been optioned for film and are in various stages of development. Her first novel, Something Borrowed, was released as a film in 2011, starring Kate Hudson, Ginnifer Goodwin and John Krasinski. Emily practiced litigation in New York for several years before being published. She earned a bachelor’s degree in history and in English from Wake Forest University and a J.D. from the University of Virginia School of Law.

This episode is perfect for anyone interested in the life and career of a best-selling novelist.