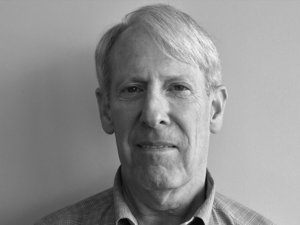 Philip Blumenthal is chairman and director of the Blumenthal Foundation, a family foundation established by I.D. and Madolyn Blumenthal and Herman and Anita Blumenthal, that supports projects of significance in Charlotte and North Carolina. Philip is also director of Wildacres Retreat, a conference center located near the Blue Ridge Parkway in Little Switzerland, North Carolina.  A lifelong philanthropist, Philip is the recipient of numerous honors, including the Order of the Long Leaf Pine, Conservationist of the Year by the North Carolina Wildlife Federation, Volunteer Service Award by Partners for Parks in Charlotte, and Outstanding Philanthropist in Conservation by the Roosevelt-Ashe Society. He serves on several advisory boards, including the Carolina Raptor Center and the Catawba Riverkeeper Foundation. Philip earned a B.A. in Business Administration from the University of North Carolina Chapel Hill.

This episode is perfect for anyone interested in philanthropy and grant-making, and the obligation and rewards of improving the communities in which we live.

Mark Peres adds a personal word that begins this way, “I interviewed Philip in a conference room beside his office.  I was immediately struck by the images on the wall…”