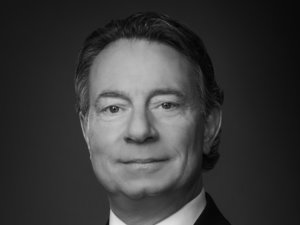 Michael Marsicano is ranked by Charlotte magazine as the most powerful person in the city of Charlotte.  He is president and CEO of The Foundation For The Carolinas, a Charlotte-based community foundation that advances philanthropy and drives major civic leadership initiatives. Prior to joining the Foundation, Michael served as president and CEO of the Arts & Science Council in Charlotte, and as executive director of the Durham Arts Council and the Royal Arts Center in Durham, North Carolina. He has served on the boards of several national and local organizations, from Americans for the Arts to Duke University. He has received numerous honors and awards, including the Charlotte Center City Partners Vision Award and the Charlotte Chamber of Commerce Innovator of the Year award.  Michael earned a bachelor’s degree in psychology, and a master’s degree and a Ph.D. in education from Duke University.

This episode is perfect for anyone interested in leading a community foundation and a career dedicated to the arts, philanthropy, education and citizenship.

Mark Peres adds a personal word that begins this way, “Before my conversation with Michael for this podcast, I’ve had one or two discussions with Michael over the years and not for very long…”