Matt Cosper — Beyond the Veil: On Life and Meaning 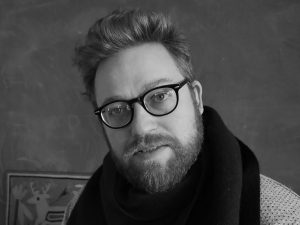 Matt Cosper is founder and artistic director of XOXO, an experimental theater ensemble in Charlotte, North Carolina. He has created eight original works for the stage since 2009, winning Charlotte Magazine’s Best of the Best Award for theater twice. His professional theater credits include acting and directing with the Children’s Theatre of Charlotte, the Oregon Children’s Theatre, Actors Theatre of Charlotte, Carolina Actors Studio Theatre and Theatre Charlotte. In addition to his work as a theater maker, he is a member of the Goodyear Arts collective, curating exhibitions and artist residencies in Charlotte. Matt is a member of the Network of Ensemble Theatres and the American Association for Theatre and Education. He is also Director of Theatre Arts at Charlotte Latin School, an independent day school. He earned a Bachelor’s of Arts in Performance from Greensboro College.

This episode is perfect for anyone interested in theater making, the fractal nature of existence, Zen koans, magical realism and accessing the sublime.