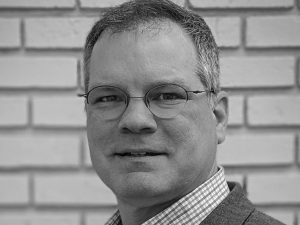 Eric Davis is a producer, writer, director and photographer. He works with businesses and non-profit organizations to create media content for television, web and live events. He is currently affiliated with Susie Films, a producer of cable television programs and corporate media. Eric previously served as Vice President of Broadcasting and Content for WTVI, Charlotte’s PBS station. During his tenure, WTVI won 7 Mid-South Region Emmy awards, including twice for Cultural Documentary. He is on the board of the 100 Words Film Festival and serves on the Executive Committee of the Mecklenburg County Boy Scouts of America. Eric earned a B.Sc. degree in Telecommunication Management from the University of Florida and an M.B.A. from the University of North Carolina at Charlotte.

This episode is perfect for anyone interested in producing media, telling stories, helping other people do better, Florida, wrestling, hot dogs, marching bands and football.